It was fifty years ago this year that perhaps the most significant moment in the history of movie memorabilia took place. The location was the backlot of the MGM Studios, and the event was the auctioning of the entire contents of seven sound stages. Among the thousands of props and costumes for sale were several pairs of ruby slippers from The Wizard of Oz, models of the rocketship from The Forbidden Planet, the Cowardly Lion's costume, also from The Wizard of Oz, and chariots from Ben Hur. As regard costumes alone, over 350,000 items fell under the hammer. Such was the volume of items to be sold, the auction spanned 32 sessions, starting on May 3, 1970.

Regarding all the items as surplus and costly to store, the studio had sold everything to auctioneer David Weisz in advance for a single and in hindsight trivial sum of $1.5 million. The deal allowed him to stage the auction at the studio, and any profits made were his alone.

The actress Debbie Reynolds was one of the most prolific buyers, spending around $180,000. However, that figure was sufficient for her to obtain one of the single largest collections of movie memorabilia known. To put things into yet more perspective, the most expensive item sold was one of the said pairs of ruby slippers. The winning bid was just $15,000. Fast forward to more recent times, and one of the pairs auctioned that day now has an estimated value of between $2 - $3 million! 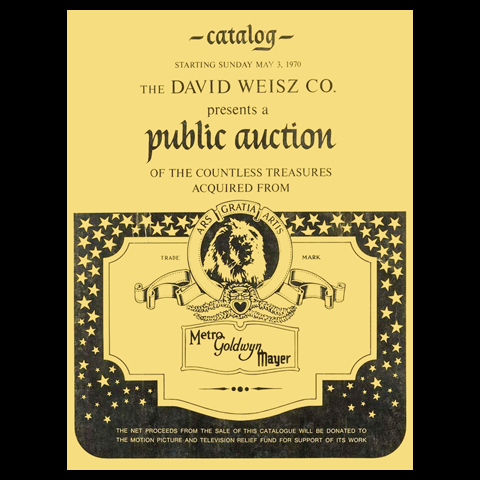